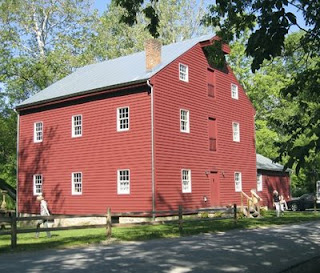 The Monday Morning Artists meet the first monday of the month to paint at the First Presby Church. Recently, we painted plein aire at Grinnell Mill. There are paintings and small quilts by ten local Yellow Springs artists in a variety of media now on exhibit.
The show is OPEN during regularly scheduled hours of the Grinnell Mill Bed and Breakfast on the corner of John Bryan Rd and Grinnell Rd. 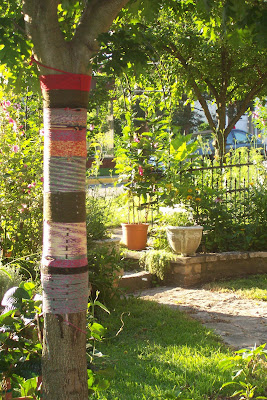 My brother Tom Blake has disabilities, such as compulsive/obsessive disorder and autism; he does not speak at all, and has a form of aphasia. Tom turns 65 this year, but he's always been my big brother and childhood playmate/best friend, so we grew up understanding each other even though he didn't then (and can't now) speak. At the time, my parents thought he was deaf and he was treated as such, so his language and understanding skills suffered (turns out he is not deaf but certainly has hearing issues).
As a young adult, he started this knitting and I've always been appreciative of it and how he chooses colors, textures, etc., but I've been unable to use it except as noted below. He uses any threads he can - wool, cotton, and polyester blends. I did the tree because the "knit knot" art inspired me to do something to show Tom my appreciation of his work and besides - I have a barrel of his knitting rolls. I included some of his knots (which are very unusual) and a few of his safety pins that he uses for transitions (I am not always sure what the transitions mean, however - I think they are transitions between times he works on the chains), and I have a mandelvilla plant growing around it. He has not yet seen it, but he will be very happy when he visits to see the results. Tom lives in Sidney Ohio in a group home and works to support himself.
My sister, Barb Geuy - also of Sidney, and I are Tom's guardians.


You can see this beautiful work on the tree at 204 Dayton Street (the corner of Walnut and Dayton Street)
Posted by ysartist at 10:47 AM

Enjoying a day in Yellow Springs 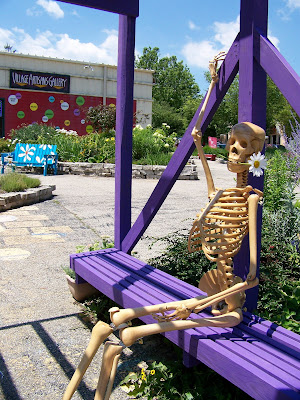 Yes, nothing like being a lazy bones on a sunny day and hanging out in a beautiful garden such as this one on Corry/Dayton Street. The Garden is filled with butterflies and bees, and the sweet scent of flowers. Come! sit on the beautiful benches and soak it all in. And if the visual feast of a garden isn't enough for you, then we have galleries, and knit graffiti, shops full of goodies to explore, and things to tickle your funny bone.
If you get thirsty or hungry check out the list of all the yummy choices. The place opposite this lovely garden isn't on the list yet, but the new kid on the block, Williams Eatery (old Gypsy Cafe building) is now open and serving American and Peruvian food.
Bone appetite ;)

To learn about the Yellow Springs based Soul Fire Tribe please visit their website.
Posted by ysartist at 10:28 AM 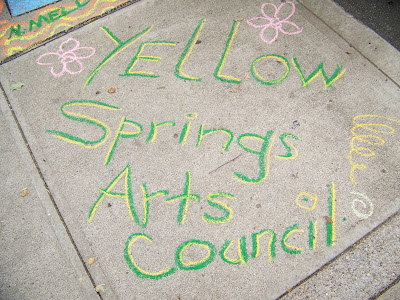 A member of the Yellow Springs Arts Council, Nancy Mellon, worked her magic on Xenia Ave for Summer in the Springs. For a full list of events just click on the link "summer in the springs" with 6 venues and 120 events and all summer long. 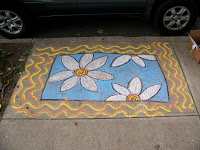 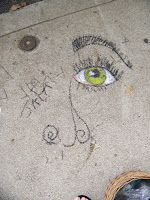 MARGARET GARNER by Joanne Caputo
Filmmaker Joanne Caputo has just released a new non-fiction book, Margaret Garner: Diversity and Depth of Love, based on an American slavery research project she began in 1994. Margaret Garner is two books in one and introduces a new non-fiction genre.
Book One, Diversity of Love, details the American slave mother’s 1856 murder of her own child and subsequent federal trial in Cincinnati. Book Two, Depth of Love, is a memoir of the author’s paranormal experiences with Garner and related individuals, which occurred from 1997 to 2001, and culminated in the author's life-changing experience with breast cancer.
As ten percent of Book One includes material Caputo gleaned from deceased individuals, via interviews with Yellow Springs, OH clairvoyant medium, Terri Coleman (www.angelicdevas.com), the author has named its genre “historical spiritual non-fiction.”
Margaret Garner has been endorsed by Charles Blockson of Temple University, author of The Underground Railroad, as well as Christiane Northrup, MD, author of Women’s Bodies, Women’s Wisdom, and former WHIO-TV health reporter, Sherry Wheaton, MD, now a Jungian instructor for the Omega Institute (see below).
Caputo received an Ohio Arts Council Screenwriting Fellowship award in 1998 for her “Margaret Garner” screenplay, a panelist calling it “America’s ‘Sophie’s Choice.’” That same year she located Margaret Garner’s former slave home in Richwood, KY, which led to a preliminary archeological dig on the site by two universities, and subsequent listing on the National Register of Historic Places.
Caputo currently has several films in progress, including a five-year study of an American prison artist in Pennsylvania. Her nationally acclaimed disability documentary, On A Roll, recommended by The New York Times, won the 2005 Audience Award from the PBS Independent Lens television series.
Margaret Garner is now available on-line and at stores in Yellow Springs, OH:
Epic Bookshop
118 Dayton Street
Yellow Springs, OH 45387
(866) 876-6896
(937) 767-7997
www.epicbookshop.com
NOLAA Gallery
Kings Yard
Yellow Springs, OH 45387
937-243-1383
Posted by ysartist at 10:29 AM 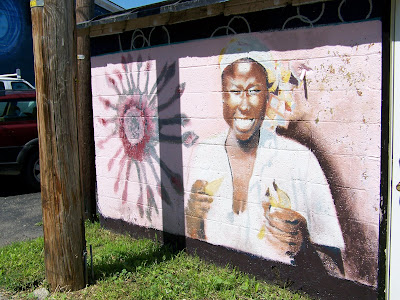 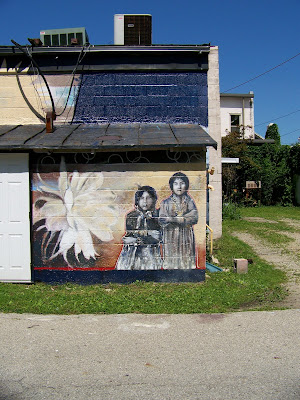 Sarah Dickens is back in town and working on her murals in Keiths Alley. The theme of these murals is "Dying Languages and Those Who Preserve Them."
Keiths Alley is often missed by visitors which is a shame because the murals and graffiti are a visual feast. So if you are visiting Yellow Springs take a minute to go to Keiths Alley.

Murals and Graffiti around Yellow Springs 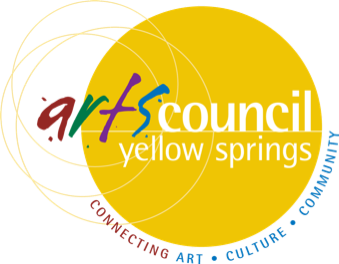 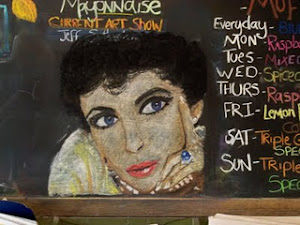 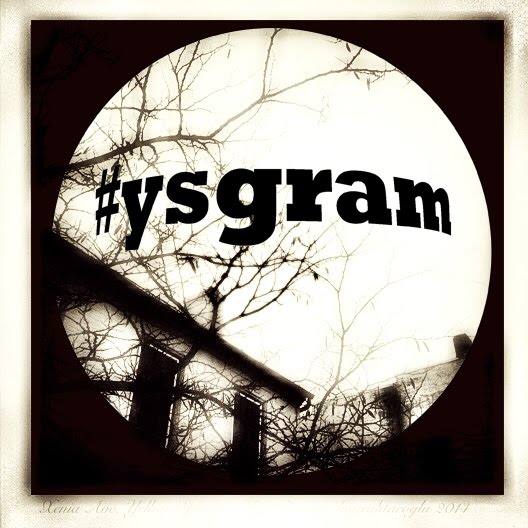 Snapshots of Art and Life around the village of Yellow Springs, Ohio

All Artwork and Entries on the YS Arts Blog are copyright 2006-2015 to the individual artists or authors.